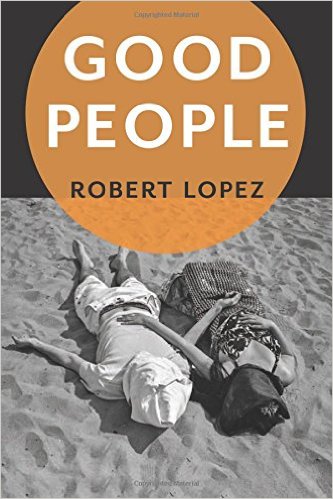 Good People, released today by Bellevue Press, is a remarkably intimate book. As I read it, I felt as if a strange little man had sidled up to me and begun telling me about his life. I could almost picture him, pasty-faced, urgent, not knowing how to make eye contact properly. I could imagine myself, too, drawn in, careful not to laugh at the things he obviously didn’t know were peculiar, but bubbling over inside at the thought of telling everyone I knew about all the outrageous things I’d heard.
The characters in these stories generally come from troubled families, though they do not condemn either their own or others’ faults. Given how much everyone seems to hate them, this seems like a good adaptation. Here is the narrator of Good Night, Maybe Forever describing what it’s like to have people ask what’s wrong with him.
My mother used to ask me this all the time. She would stand with hands on hips, look me dead in the eye, and say, What the fuck is wrong with you? I would have to think about what was wrong with me and then answer. Sometimes I’d have to come up with a list and hand it over to her like it was homework. This always took a long time to do as there has always been a lot wrong with me.   .   .  . She is the kind of person who can live a hundred years and never once consider hanging herself in the backyard.
Despite their attachment to their families, the narrators in these stories don’t have much success in becoming better people themselves. When one man tries to convince his wife to visit his sister with him, he tells her the following:
I tell her about the park with the trees and brook and the blue jays. I tell her it’s pretty here. I tell her that she should meet my sister, that I think they have a lot in common. I tell her about the tea and cello. I say that family is important. I tell her if things get bad we can always steal the cello and pawn it for good money. I tell her that my sister is an easy mark.
For that matter, there isn’t much of goodness to be found anywhere in the world of Good People. In another story, a wife considers her husband, “All in all, he is a good man. Every good man has something wrong with him, something fundamentally unwholesome and feeble.” Nor is there much in the way of understanding. One man explains himself, “I should probably make a few things clear before we go any further, but I have no idea what. Perhaps it is enough to say that I am a good person, that I hold the door open for total strangers.” Another man explains the way the world works, “Socrates himself was put to death on a subway, I’m almost certain. He made the mistake of looking up when someone asked for everyone’s attention and they made him drink hemlock for his troubles. This isn’t the kind of information you can get just anywhere.”

The same startling narrative turns happen in the third person too. In one of my favorite stories, the eponymous Good People, Lopez begins by describing two male co-workers who are considered good friends at the office.  He tells us a great deal about one man’s home life, and then he gives us this: “The two of them never interact at work. When they see each other in the hallway or lobby they will sometimes nod. The one in the passenger seat is certain the one in the driver’s seat must think this lack of interaction is related to what happened in the supply closet. The one in the passenger seat is fine with the other one thinking this.” We never find out what happened in the supply closet. We never find out what happens in the other stories either, whether the sister is ever visited again or her cello stolen, whether the kidnapped man survives, or why one poor man is beaten his entire life, even by the doctors who care for him. It doesn’t matter. Lopez gives us stories that are as fragmented as life is, inhabited by people who are actually fairly horrible. I found myself loving them. This is a deliciously clever book